Latinfiance Awards The 2018 Strategy in Capital Markets of The Dominican Republic. 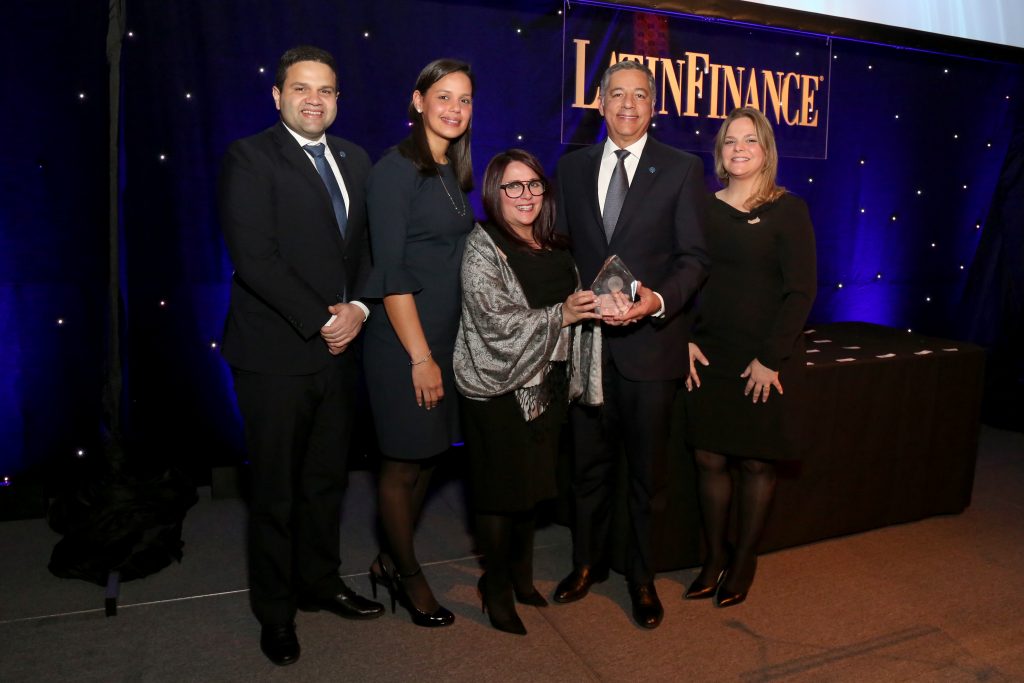 LatinFinance, the main global source of intelligence on financial markets and the economies of Latin America and the Caribbean, awarded the Dominican Republic as “Sovereign Issuer of the Year 2018”, as a result of the successful bond issuances carried out in the months of February and July 2018 in the international capital markets.

This is the second award that the Ministry receives in a relatively short period of time, since we received the 2015 Sovereign Liability Management of the Year, for the transaction of early repayment of the debt with Venezuela under the Petrocaribe Agreement.

The reward is an acknowledgment of the financing strategy implemented by the country, and the successful path it has traveled in the international capital markets. In just under a decade, the country has become a credit well known in the markets not only as frequent issuer with proposals that capture great interest, but as a sophisticated agent that has achieved transactions like the one awarded in 2015, and these transactions or financing strategy for which we receive this award.

During 2018 the Republic manage to cover it’s financing needs in the international markets, despite all the volatility that characterized the markets for the most part of the year, combining three types of instruments: bonds in US dollars at different maturities, as well as a Dominican peso issuance which is a historical landmark for the country as is the first local currency issuance for both the Dominican Republic and any other non-investment grade Latin American country in the international capital markets.

This combination allowed an effective costs and risk management of the government financing, by ensuring the weighted average interest rate of the portfolio to remain stable, while reducing the refinancing risk by increasing the average life of the portfolio from 9.0 to 9.6 years, and mitigating the exchange rate risk by contemplating a proportion of the financing in local currency.

Additionally, in the transaction made in July 2018, the country issued bonds with a face value of US$1,300 million, denominated in US dollars, with a maturity of 10 years at an interest rate of 6.0%. Such operation received a demand of about 2.7 times the amount of the emission, reflecting a considerable interest for a Ba3 / BB-/BB- sovereign rating bond.

This recognition of the country’s achievements in the international financial market reflects the excellent valuation of the Dominican economy, by the main banks and investment funds.

This recognition was received by the Minister of Finance, Donald Guerrero Ortiz, in an award gala that was held at Gotham Hall in New York, United States.

The activity brought together the main participants in the capital markets of Latin America and the Caribbean, who also had the opportunity to analyze the market perspectives for 2019, in addition to discussing the different financing strategies of the issuers and any other topics of interest.

For more details, and to see the winners of other categories, go to Deals of the Year 2018 Awards.

MORE IN THIS SECTION